Following the popularity my previous post called the “10 things you will hate about India” here are few more anecdotes of a similar note. I am listing some annoying behaviours of Indian people that you’ll not find anywhere in the world. Indians that are born and or at least raised outside of India are fine. What I find most surprising that an ancient culture such as of India’s which is unparalleled in history; refinement is not something that is found in India. Read to find out why!

Urination on the side of the road

Although defecation is somewhat restricted to early mornings, Indian men just find it easier to urinate at whenever they want at the side of the road without being stopped. Although, things are changing rapidly in the metros, it’s still widespread in smaller towns and villages. 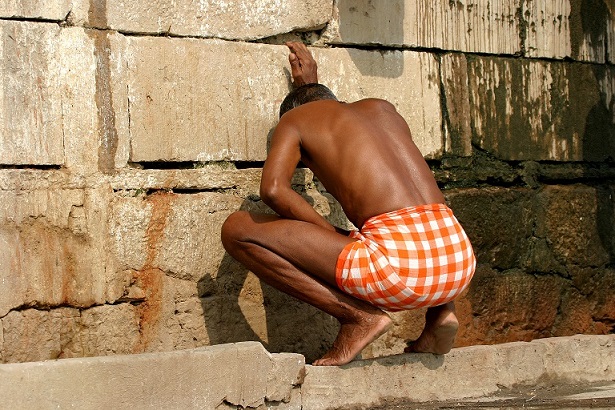 Some Indians just don’t get it! They burp as if no one’s listening. It’s an extremely filthy habit. Many Indians don’t have any etiquette or sense of politeness. As far as I am aware, burping is considered unsexy in most parts of the world. But in India, it’s “almost” acceptable. Remember not all Indians do it. It depends on individual custom, where they are coming from and how they have been brought up. It’s more of a trait of lower middle class Indians. But don’t get surprised if you hear people burping in India after they’d had their food.

Staring at tourists and women

We Indians love to stare at one another and the funny thing is we don’t even know we are doing it. Indian women are used to being watched. If you’re fair skinned with blonde hair then expect to be stared it, you just have to ignore it. If you’re lucky you might be even groped.

Nagging behaviour (no such thing as no)

Indians don’t take no for an answer. One classic example is street vendors selling goods. Some of them will follow you around and keep nagging you to buy their merchandise. After a while, many tourists just give in and buy whatever they’re selling. The trick here is to be thick-skinned and ignore it but can be hard if you’re visiting India for the first time. To be honest, you can’t really blame them; tourists are considered as soft targets.

Indians have no sense of time (we are always late)

Guilty as charged; been there done that. We Indians have no sense of time. Many Indians will never arrive on time. In addition, we always have classic excuses up our sleeve such that they could not sleep well, baby was asleep, was stuck in traffic etc. Why don’t they ever plan their time?

Many Indian men have this filthy habit of scratching their testicles. They do not realise that there are others who might be watching. Some of them live in their own world and do not considering scratching their balls in public to be in bad taste. This is a behaviour that is utterly disgusting. I absolutely hate seeing Indian men scratch their balls in public. But mind you – not all of them do it, just a select few.

Throwing litter on the road

Guess what we do with the household rubbish – you got it right, we dump on the side of the road.  In addition, Indians do not take their litter home or throw it in a dustbin (because there aren’t any); we throw it on the road. Most Indians do not have any civic responsibility of protecting the environment. What’s wrong with Indians?

Many Indians like to eat the “paan” that generates “red-spit” that has to be thrown somewhere. It generally is spat on the road. The habit is so rampant that the authorities have put images of gods and goddesses on the walls of government buildings and no Indian will spit on them. Another habit is the chewing of tobacco (called gutkha) that is often spat on the road.

Indians talk too much

They will start talking to you even if they don’t know you. They will come up to you and start chatting your brains out. On trains, expect to start a conversation or at least engage in loud conversation even if you don’t want to. If you are on the train, expect to be asked things like; where you are from, where are going, blah blah blah? In addition, you will find most Indians on their mobile phones; I wonder who they are actually talking to?

Another annoying thing about Indians is that, Indians cannot wait at queues. You will notice this when getting on trains. You won’t necessarily be pushed but certainly shoved a little to make way for the person at the back.

I have kept the best for last. In most western nations, it’s a despicable act but in some parts of India, it’s considered natural and passing of wind even in public is not despised. Farting in public must be declared a criminal act. Anyone committing this heinous crime must be publicly whipped.

There you go; you’ve been warned….I just hope we don’t get on your nerves while you are here. It’s just that we are a little stubborn if you know what I mean about following the rules.

But, not all of us are cheap and some of us do have redeeming values.

10 reasons why you will hate India
Babies being tossed from the roof in this bizarre Indian tradition
What do Indians Wear?
How to piss Indians off

34 thoughts on “12 most annoying behaviours of Indian people”

Do NOT follow this link or you will be banned from the site!